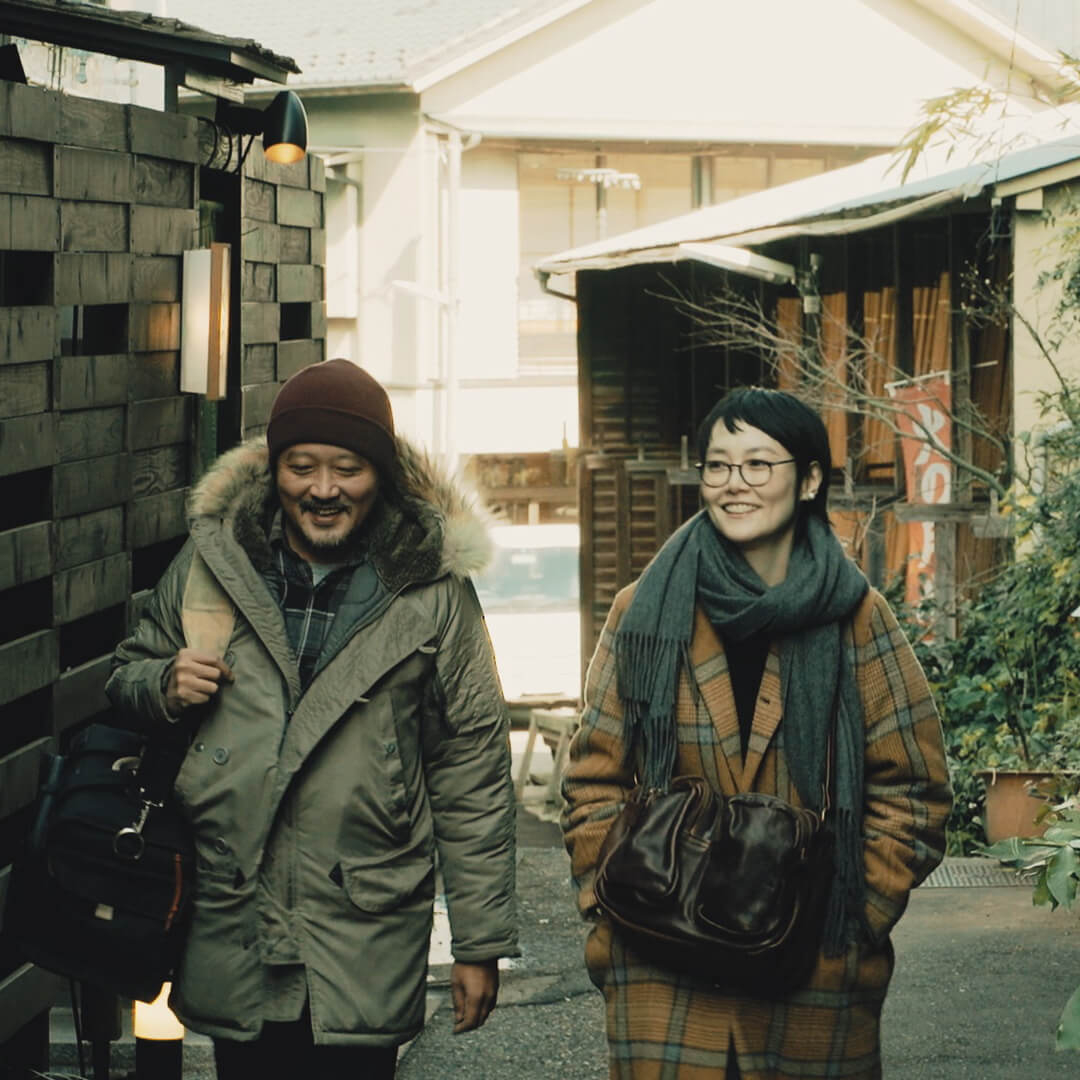 machibito A Story About Kagurazaka and Sake

It seems lately that it had become a certain trend to walk the streets of old towns to visit old public baths and izakaya bars, as if it’s something cool and fashionable to do, as if it’s like, going on tours to cool trendy cafes or something. City walking, or old Tokyo tours, or whatever you may call them, they all sound like some title of an poem article on a culture magazine, which makes me feel a bit awkward when it’s all just about walking around town stopping by some stores or whatever that caught your interests. It’s nothing cool or anything, just something you do for fun. But on the other hand, I still often find myself collecting news and informations about these street walking trends when I see them on TV programs and magazine articles.

This film “machibito” is a fictional story about “street walking”. Directed by Takeo Kikuchi, known for his 2015 film “Dear Dear”, actors Rinko Kikuchi and Yota Kawase walks the real streets of Kagurazaka, an area located in central Tokyo. As the two plays each act as an editor and a photographer seeking materials for a fictional website, they walk through the historical paths while the camera captures the town’s unique charms. It is a fictional story since the two plays imaginative characters, but the people they meet and the many faces they run into are actual people working in Kagurazaka, so it can be said that this story is a documentary film disguised as a fictional story.

The main purpose of the two is to research the connection between the town of Kagurazaka and the goryoshu (A special sake used in a Shinto ritual) “Nada no Hakutaka” of the famous Ise Shrine. First they visit the president of “MASUMOTO So-honten.,Ltd”, a liquor wholesaler established in the Edo era, based in the Ushigomebaba/Kagurakashi area. He is now in his nineties, and his experiences in the liquor business and his life in the area tells a long interesting story that makes you want to listen to all night. The next to visit is another liquor company “Liquor Shop Masumoto”, a franchised business originally a part of the previous “MASUMOTO So-honten.,Ltd”, which also is a company with a long history carried on for more than hundred years. They cheerfully explains their history and such as their traditional franchise system based on family-owned business, which is again very interesting and entertaining to listen to.

As their search for the secret of the mystical sake and the enchanting town of Kagurazaka comes closer to the end, they decide to round off the day at, of course, somewhere nice to settle down for a glass of sake and liquor. After all, It is a town famous for being heavily crowded with excellent bars and restaurants and izakayas. There are more than enough choice to choose from, for to satisfyingly end the day. So their choice was “Tokioka”, known to those in the know and the sake lovers for its hide out like feel, and their delicious dishes and sake, for their last stop. They both ordered “Hakutaka” of course, to try the “perfect way to enjoy its flavor” they had learned earlier at the “MASUMOTO So-honten.,Ltd”. The sight of them enjoying the moment with great sake, is more than tempting to the eyes.

Watching this 30 minute or so piece reminds me of how effective it is to set the plot of story in the form of “research” as the screen elegantly displays the easy to the eye scenery of Kagurazaka. The free spirited Etsuko (played by Rinko Kikuchi) , and her research partner Ikeda played by Yota Kawase who seems to be a serious booze lover, they tend to joyfully go off track from their main aim as which is to research the legendary sake, but their little detours makes the town of Kagurazaka look even more appealing and charming.

It is a film about sake and a town filled with history. A town filled with things that had forgotten in course of time, a town of changes, and many many things that has miraculously remained preserved in it’s own beautiful way. By the end of the story, Etsuko seems as if she have had a faint revelation, or if not a small hint to the key of living life. Ikeda have had learned an unforgettable phrase relating to the art of drinking sake. Now which town would they choose to walk around next?

A Story About Kagurazaka and Sake

Etsuko (Rinko Kikuchi) was given the post to take charge in the launch of a web media site which specifically deals with the theme “the streets and the town of Tokyo”. So her recent daily routine was to walk around town searching for materials that may be suitable for the plan. One day she runs into a sake barrel stacked in a shrine in Kagurazaka (Shinjuku District, Tokyo), and she finds herself immediately interested in sake and it’s history with the Kagurazaka area. She decides to do a research, and calls photographer and long time friend Ikeda (Yota Kawase), and starts her quest for the secret of the fascinating sake and the historical town. For Etsuko, who had been stressed out by her busy work, her idea of gathering interesting informations and meeting people for her job turned out becoming an exciting journey which eventually leads Etsuko to reconcile with her peaceful heart and mind, which had always been her nature. 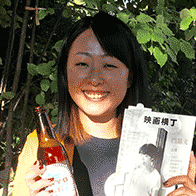 Born 1982. Editor and writer. Publisher of the independent booklet magazine“Eiga Sakaba”and also editor for a cinema and liquor themed magazine “EIGA YOKOCHO”. While her main activities are, helping promoting of films, editing of book publications and film brochures, she currently writes serial editorials and columns about cinema on “Metropolitana” and bimonthly magazine “Gendaishi Techo”.